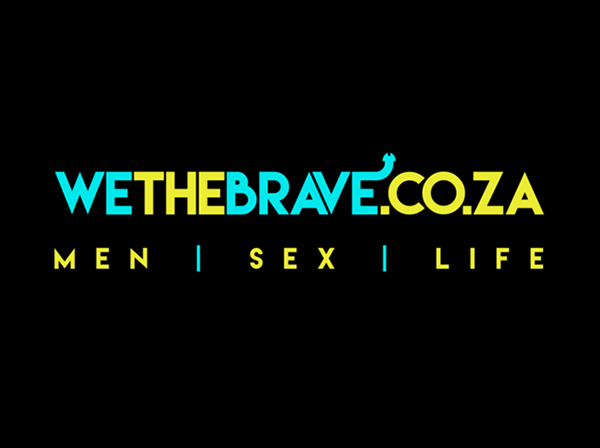 Are you after a Bear that bares it all in a dark club? A Muscle-Mary with a penis as firm as his pecs? A Twink who takes it from a-top? A Drag Queen who dares to enter a darkroom? An After 9 who likes to give it from behind? A Sugar Daddy seeking out his next candy crush? A Ladyboy with the parts to please? Or just a regular guy who likes guys?

Regardless of your particular preference, men who have sex with men (MSM) are South Africa’s most at risk population for HIV acquisition and transmission. For this reason ‘WeTheBrave’, a sexual health campaign, is being launched with MSM in mind. This will be the first large scale campaign ever in this country to specifically address MSM.

Spearheaded by the Anova Health Institute, and funded by the Elton John AIDS Foundation, the WeTheBrave.co.za campaign will address both prevention and treatment issues in an affirming, non-judgemental and sex positive way, which will be entertaining and engaging.

According to Anova Health Institute CEO Prof. James McIntyre, “MSM are at higher risk for HIV infection for many reasons, including lack of knowledge about HIV and lack of access to early treatment. Several South African studies have shown that as many as one in three gay men in some South African settings are already HIV positive. We have to reach out now to this vulnerable community.”

“We have three main goals with the campaign: ensuring that MSM have the knowledge and opportunities to prevent new HIV infections, that they understand the benefits of regular HIV testing, to know their status and that they use antiretroviral treatment when and if they need it.

The first phase of the campaign will target the Gauteng area, extending later to other centres, but the online and mobile platform will be accessible from the start across the country.

’WeTheBrave’ asks MSM to be brave enough to make healthy sexual choices like wearing a condom, getting tested regularly and knowing their status. The campaign will link to Anova’s Health4Men clinical services in the public sector, in all provinces, and an interactive map will allow men to find the nearest clinic.  Alternatively, MSM can find independent clinicians in the private sector through the WeTheBrave website.

In a special message from Sir Elton John for the South African launch, he says “Being a gay man takes courage. You’re brave enough to come out of the closet, defy stigmas, fight stereotypes and face the daily challenges of your sexuality. So I’m challenging all South African MSM to apply this innate bravery to taking care of your sexual health and that of your current and potential partners. There is a window of opportunity before us, a window through which we can very clearly see the end of AIDS within my lifetime. For South African MSM, that window of opportunity is now.”

For people living with HIV, effective antiretroviral therapy (ART) not only suppresses the virus and protects immune system health but has the added benefit of reducing the risk of transmitting HIV to sex partners. This side benefit, known as “treatment as prevention,” has been established by recent studies with mixed-HIV-status couples.

Health4Men’s ground-breaking mobi site provides access to important sexual health information specifically for MSM who may not have access to the Internet.