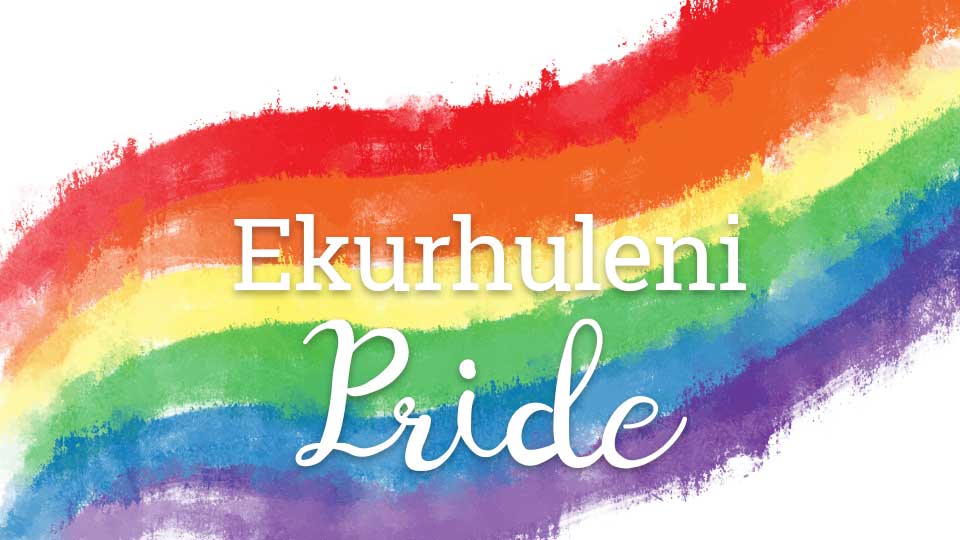 The Ekurhuleni 2016 LGBTI Pride March is set to be held at Vosloorus stadium on the 10th September, with the marching procession beginning at 10 am followed by picnic festivities throughout the day until 6 pm. According to Bontle Khalo from Ekurhuleni Pride Organizing Committee (EPOC), the decision was made to move the Pride March to Vosloorus to branch out to the rest of Ekurhuleni, and to eventually have the Pride March at all the 19 constituents of Ekurhuleni.

“Our themes this year are Fighting Homophobia, Gender Based Violence, Stigma with regards to HIV/AIDS and the dress code is military or army wear to symbolise our continuous battle against the above challenges that exist in our societies. This year, we have partnered with multiple stakeholders and strengthened our relationship with the City of Ekurhuleni in ensuring that we target numbers that will assist in us creating a united front because this will enable us to bring forth awareness to a larger group of people and make a bigger impact than ever before,” says Khalo.

People can expect a charged up march with a display of placards with rainbow colours and activists chanting slogans and songs of comradery.  A formal programme will be followed by entertainment in the form of dance, poetry, music and an impressive DJ line-up from members of the LGBTI community.

“We want to educate our communities about the LGBTI community, to fight against discrimination, stigma and the spread of HIV. We want to make people aware of the impact hate crimes have on minority groups. We also want to show people that even though we tend to be loud, flamboyant and colourful; we are still human and deserve equal rights as any other citizen of this country does,” said Khalo.

When it comes to the scourge of HIV/AIDS among the gay community, Khalo says people are entitled to live their lives as they please, and the only thing that should be taken into consideration is taking precautionary measures in ensuring that they protect themselves and others. “Condoms and water-based lubricants are free, information pamphlets and media advertisements are in our faces day and night. Let us empower ourselves with a willingness to learn and avoid ignorance and carelessness,” she said.

“Men who have sex with men (MSM) are a key population and are at a great risk of contracting HIV, hence the emergence of countless programmes aimed at them by organisations including HSRC, ICAP and ANOVA. These programmes are doing a lot of work in ensuring that MSM has safer sex materials that will assist in the reduction of transmitting HIV to others and contracting HIV and other sexually transmitted infections from others. It is also important for HIV-positive MSM to take treatment to lower their viral loads and increase their CD4 counts and it is our task as a community to support our HIV-positive brothers so that they can adhere to treatment,” said Khalo.

Khalo added that the government of the country is still not doing enough when it comes to the issues of LGBTI people. “This is a continuous battle, and a large percentage of these cases have not been resolved. Arrests are not made, and suspects have not been apprehended. The victims of rape and assault often face secondary victimisation at police stations when reporting cases,”

However, Khalo highlighted that the MEC of Community Safety has reached out to the LGBTI community and through further dialogue and engagements and as an organisation they will also continue the protest, fight and speak out against injustices.

Esau Dlamini is Journalist, Freelance Photographer, radio producer and gender activist, born and raised in Duduza in the East rand who is currently working as a current affairs/talk show producer for a community radio station EKFM 103.6

The rest of South Africa is always of the opinion that Cape Town is the slow city. Check out what Health4Men in Cape Town is doing on World AIDS Day! Think again and come show your support!

OUTRAGE AT MURDER OF GAY MAN

Health4Men, a project of the Anova Health Institute, expresses outrage at the murder of a gay man in Kuruman, in Northern Cape province. Thapelo Makutle, a volunteer with a local gay organisation was gruesomely beheaded on Sunday 10 June after being confronted about his sexuality by his attackers.

This is clearly a hate crime on the basis of sexual identity and an extreme example of the ongoing prejudice and violence perpetuated against gay men in South Africa.