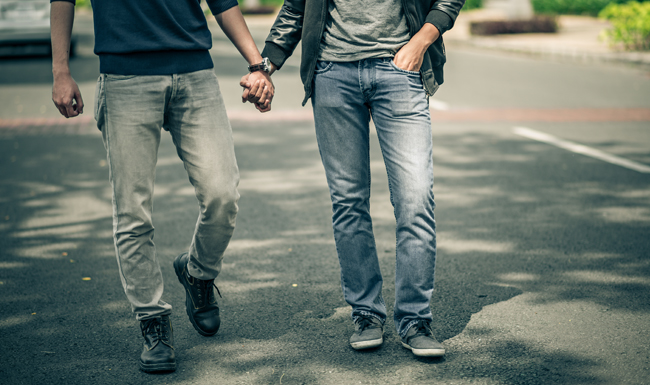 I’ve dated guys who aren’t afraid of holding my hand in malls and even kissing me in public if the mood calls for it. Nothing is more striking in these moments than the stares, whispers and giggles that I have received from passers-by in malls and public spaces. In contrast, I have also been with guys who abhor public displays of affection, who cower at the prospect of people watching and judging them. Though I am aware that it isn’t safe in some areas to openly display one’s queerness, I personally think that in some instances being visible as a queer person is a vital act that needs to happen more often in our public spaces.

I say this because being queer for some is like having an invisible desire or otherness that people don’t or can’t immediately acknowledge. By making ourselves visible through a simple act of holding our partner’s hand in public we as queer people can take the small steps toward normalizing queer identity in public spaces. Such simple acts are actually radical political statements of visibility and normalcy that I think both queer and straight people need in their day to day lives. Being openly affectionate has the potential to humanize queer love for straight people who may only see queerness as an abstract, deviant lifestyle.

Just imagine that by holding your partner’s hand or showing affection to them in public a young, in-the-closet boy or girl may find the courage to explore who they are and who they could be. To draw from Marianne Williamson, “As we are liberated from our fears, our presence automatically liberates others”. So don’t be afraid to be visible, don’t be afraid to hold your partner’s hand in public in the same way that straight couples hold each other in public. Remember to choose your moments of visibility wisely and be bold enough to stake your claim as a queer person living and loving in the world.

Jarred Thompson is a contributing writer for Anova Health Institute.  These are his views, which may or may not reflect those of Anova and affiliates.

5 Things To Know About Typhoid

Remember the soap opera Dynasty? The series which premiered in the early 80’s revolved around…