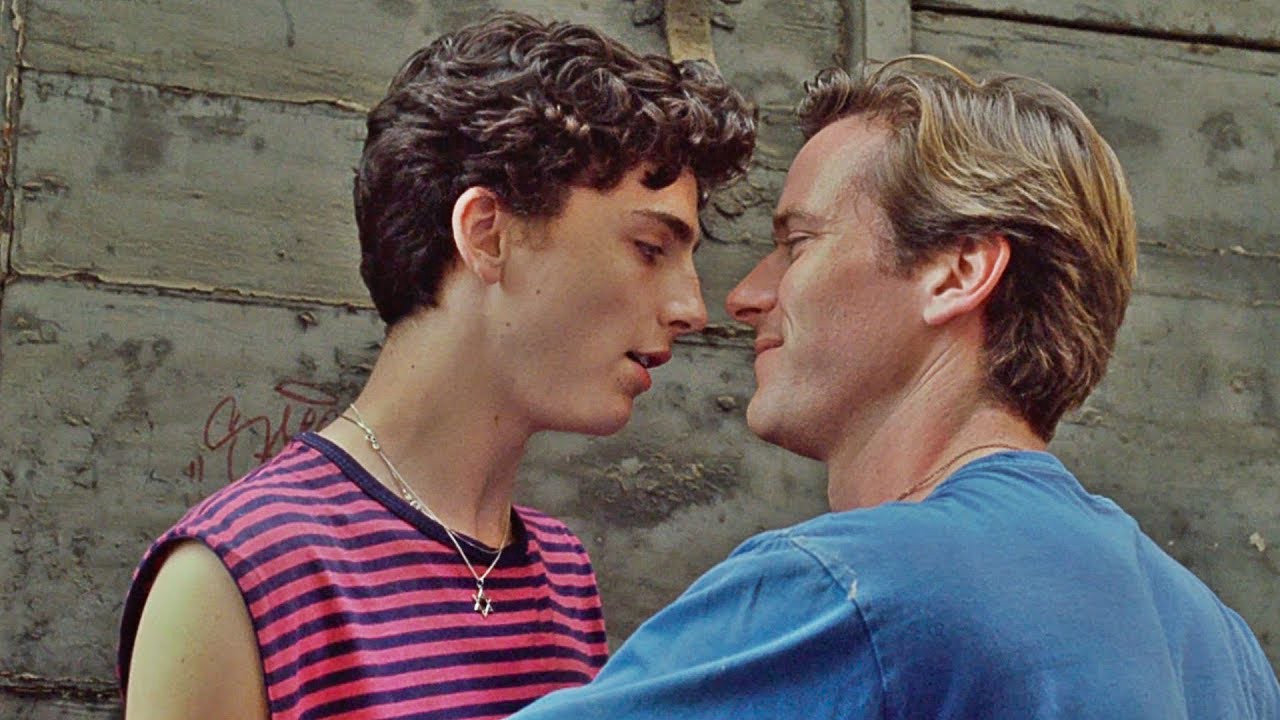 During the thirteen years, I was an actor, I played roles representing various gender identities, races and sexual orientations.  I prided myself on being a versatile actor, one that aspired to be able to step into the “skin” of different characters of different ages from a variety of walks of life. I was game for any role the Universe might throw at me.  I didn’t think there was any need to be a straight guy to be able to play a straight role, any more than I needed to murder someone to be able to play a murderer.    But something occurred to me recently after watching a brilliant movie, Call Me By Your Name, and it continues to niggle at me.  Almost all of the most influential and provocative gay characters that I have encountered in film and television have been played by straight men.

What’s the big deal?  They are also just versatile actors playing a role, right? But, it’s a bit more complicated than that.

You see, in the gay community, we have a problem.  Many of us value “straight acting” over queer or gay identity and behaviour.  Masculinity is worshipped, and effeminate or queer behaviour is not only frowned upon, but it is also often blatantly discriminated against.  What if popular culture and mass media just propagate this toxic worship of masculinity if all of our finest queer characters are being played by straight men?

I love the fact that the lead gay role in the local trailblazing film Inxeba is played by the multi-talented and openly gay Nakhane Touré, and that some strides are being made in Hollywood for fairer representation, with trans actors finally being cast to play transgender characters, but I don’t see any real changes when it comes to seeing gay actors playing gay roles across the board.  I’m not even sure if that should become a thing, but the fact that these incredible, attractive and aspirational characters are continuously being represented by straight men makes them seem somewhat unreal.  Do we need straight, attractive men to play us to find ourselves more palatable?  I don’t want to stop straight men from playing gay roles at all!  But I do think there is a shortage of gay men playing gay roles, especially the good roles. Internalised homophobia is linked to the high prevalence of promiscuity, substance abuse, depression and suicide in our communities and the promotion of a toxic masculine ideology plays a significant role in this too.

Brokeback Mountain, Priscilla Queen of the Desert (the motion picture), In & Out, The Birdcage, The Normal Heart, To Wong Foo, Love and Human Remains, A Single Man, My Own Private Idaho, Moonlight, Milk, Carol, Holding the Man, Philadelphia, Pride, A Beautiful Thing, Queer as Folk, Will and Grace, Frankie and Grace… most if not all of my favourite gay characters, played by straight men.  The list goes on.

The niggle is more about the fact that my struggle as a gay man is still (after all these years) to come to terms with who I am as a gay man. What makes me a man amongst men?  It shouldn’t bug me that the actors Jake Gyllenhaal and Heath Ledger in Brokeback Mountain and Armie Hammer and Timothée Chalamet in Call Me By Your Name, would never even desire to share the intimacy that they pretend to in the movies.  It was all pretend, but it felt so real, and for some bizarre reason that makes me sad.  I know movies and series are supposed to be fiction but falling in love with a gay character played by a straight actor compounds the sense of unrequited affection. Falling in love with straight men has historically proven to cause me heartache and feelings of rejection.

I’m also not denying that these films and these roles and their straight actors didn’t move mountains towards a better global understanding and acceptance of homosexuality.  I just hope that the future holds much more for gay actors, and especially for gay actors who would love to play gay roles.  Maybe it’s just me, but I would love to see more of our own shining up there.

Bruce J. Little is the Content Creator at the Anova Health Institute.

We chatted to Rod Suskin, Sangoma and Astrologer about the role of Traditional Healers in the fight against HIV.

H4M:  From the 26th of August to the 31st of August is African Traditional Medicine Week,…

Introduction The recent announcement by the MCC approving a combination of two anti-HIV medications, tenofovir…

Single and Easy (Not that type of easy!)

Not sure if it’s me getting older and more set in my ways, or just…