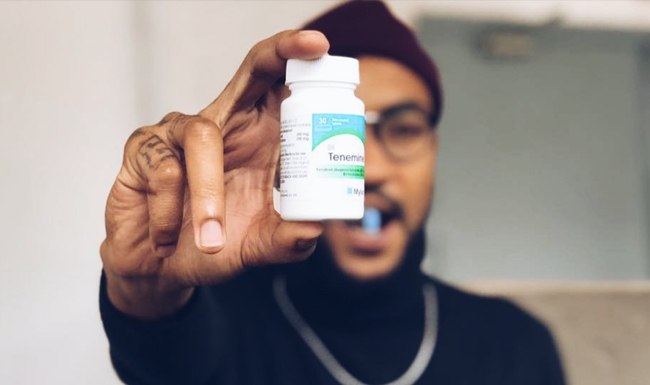 November 2017, was the year I decide to visit the Health4Men clinic in Greenpoint, Cape Town to get on PrEP and this was by far the best decision I could make for myself.

I got my first month of pills and that treated me well even though I had heard a lot of stories about the side effects of being on the pill. I didn’t experience anything and my first month went by with no issues.

I have always known my stuff when it comes to sex because most of what I know I learnt from watching porn and experimenting in bed with my partners.  I knew how to use a condom and the importance of using it from all the stuff I learnt in Life Orientation as well as the sex talk we had in our first year in Varsity.  Fast-forward to last year, I was not ready to experience the reality of condoms breaking and inebriated night outs where you find yourself with a hot guy and both of you do not have condoms. Before you know it you’re What’s App’ng all your Doctor friends asking them about PEP (Post-Exposure Prophylaxis) and how it works because you’re ashamed of going to ask these questions at the clinic, so you would rather just ask someone else and just rock-up at the clinic with all the information to try to lessen the judgments we tend to fear from SOME health workers.

Such an experience for me was a lot, even the side effects of being on PEP were too much for me but I finished my month course, and I promised myself after that, that I would always be safe and adopted a policy where I would never engage with anyone who does not have condoms. There’s no denying that most of us grew up having HIV associated with being gay and it somehow becomes ‘part’ of your sexuality because we see the stats that are put out when it comes to MSM relations. There’s also always a constant sense of doubt and fear each time you meet a guy: what about that time the guy was rubbing his cock on your arse – was there any pre-cum? Did I have that cuts in my mouth before I gave that guy a blowjob? And you panic when you see pimples or lumps you’ve never seen before. This was my turning point and when I started researching PrEP and places to get it.

Since going on PrEP, I no longer have the worries about HIV that I used to have and also when it comes to my sex life, I now am strict when it comes to condom-use because I know PrEP needs to be used in conjunction with condoms because it does not protect against other STIs. It’s also changed my attitude about HIV because before I had an irrational fear when it came to the disease and I was pretty ignorant about it to begin with if I’m being honest.  But as I read up more on PrEP I was introduced to the term U=U, which talks about people who have undetectable HIV not being able to pass it on.

If we really want to look to a future with no HIV amongst gay men & general MSM in South Africa then we need to embrace new approaches and resources like PrEP and use the support, understanding and activism of the LGBTQ+ community to make this happen, which is why I am open and honest about my journey on PrEP. I want to encourage others to look into getting it. If you’re considering getting on PrEP, I would say contact a healthcare provider at any Health4Men services clinic where you will find MSM-friendly staff.

Phumlani Kango is a contributing writer for Anova Health Institute. Check out his website at https://www.phumlanikango.com/

Where Do You Go To Get Off?

You wake up in the middle of the night with a glorious boner, feeling rather…

It’s balls to the walls, my dear

The Testicular Cancer Society recognises April as Testicular Awareness Month. Despite being one of the…

Around the world, men who have sex with men (MSM) are 28 times more likely…