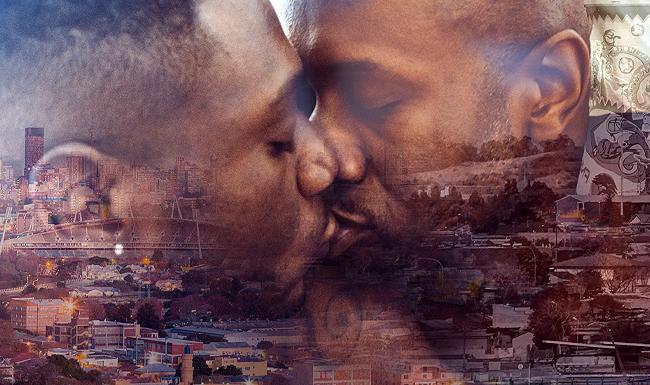 Love is a universal feeling and is supposed to be expressed and given freely without any oppression or the fear of being judged because of your skin clolour, gender and sexual orientation. However, it is still difficult when you are living as an openly gay man and involved in a relationship in the townships because of the misconception and the stigma that gay people are degrading the nature of men in the society and influence others to partake in “demonic acts”.

It is even more painful when you are experiencing the prejudice or discrimination at the hands of your friends and family. A staggering figure of gay couples from the townships cannot show any public display of affection because of the constant fear of homophobic attacks. When you are kissing or holding hands with your lover at the mall, it can be like signing for a death sentence.

This has culminated with most MSM (Men who sleep with other men) to prefer to remain in the closet about their sexuality and become “after nines”. I have personally encountered a number of gay men who are in the closet in the townships on several occasions whether it was at a party or in a pub. You just have to wait until they have one too many and they start to ask silly questions like how do gay people ‘do it’?  Is it fun? And they would also start disclosing and telling you all the things they should not. What makes me even angrier is the fact that most of these individuals are the one who are perpetrators of homophobia and gay bashers during the day when everybody is watching. There is also a high risk of catching STI’s when you are gay man in the township because of the lack of support systems at the healthcare facilities and the criticism of many of the health workers. [But this is not the case if the clinic is a Health4Men services Clinic in the townships.]

However, with gay men that are more privileged and living in or around western areas the situation is entirely different.  You would find that people in the city are more liberal and open minded. It is about minding your own business and doing whatever makes you happy as long as you sleep at night. There are more advantages when you are in the urban areas because there are certain places that are gay-friendly and easily access to gay social clubs, picnics and events where you can meet people like you if you are a single gay man. There are even more successful gay couples in the suburbs that are raising their children.

Esau Dlamini is a contributing writer for the Anova Health Institute and these are his views, which may or may not reflect those of Anova and its affiliates.

Why I’m on PrEP

Having an ‘Ace’ Valentine’s Day

Some singletons think Valentine’s Day is a time to stay at home, cultivate body odour…

The job at hand